As an organization, bad deals can quickly lead to a bad reputation and / or financial loss. Therefore, you need to keep track of your player contracts.

As an organization, it is important to keep your tongue in your mouth, as you should always adapt the contracts to the purpose. Here, level, type of game, age, country and other expectations will play a role in relation to the content of the contract. However, there are some key points that any organization should include:

One of the most important things is to have a clear expectation reconciliation with the player. It may sound banal, but unless the player is represented by a lawyer or the like, it can not be expected that the player has read and understood everything in the contract. In addition, it creates the basis for a healthy dialogue with the player, which can relate to the upcoming collaboration.

Our clients typically look strangely at us when we point out that it is important to determine which parties should be on the contract. If, for example, a esports organization is set up in a so-called “holding structure”, it will rarely be the holding company that must be the contracting party. This is important in relation to liability, salary, insurance etc.

If the player is under the age of 18, it is important that the player’s parents or guardian sign with the player. Otherwise, the contract could be considered invalid.

As an organization, it can be difficult to determine the contract period. But there will typically be an interest in making as long a contract as possible. While the player will probably hold back a bit in relation to long contracts. In this regard, it can be extremely difficult to predict buy-out, as the player can move extremely much over a few months.

As an organization, the determination will typically be based on potential, period and price, whereby the organization can get a similar player if someone redeems the player’s buy-out.

As an organization, one should not forget to mention intellectual property rights. As an organization, you are extremely dependent on sponsors and thus to be able to create content. One can ask any esports organization what significance it would have for them if they did not use images, videos or the players’ “nick” in their marketing and on social media. That would be a disaster.

Therefore, it is important that the organization remembers to acquire the intellectual property rights, as well as the extent to which it may be used (time, media, countries).

At the same time, there should be clear lines in relation to the ownership of the material that is created during the term of the contract.

Players’ commitments are typically more than just attending training and matches. For example, it may be in the interest of the organization that the player is active on social media or always wears clothes during training, matches and streams. Such obligations should be explicitly stated in the contract.

The more specific you are in the contract, the less risk there is of complications. However, this is closely linked to the expectations vote, as mentioned earlier.

Once the above has been established, it will also be relevant to make clear what the possible consequences of non-compliance will lead to. Here, the organization needs to be fair and realistic, but at the same time cover itself.

Similarly, it is important to establish restrictions on the player. For example, the player may not appearing under the influence or using drugs in general.

Choice of law and choice of venue

As an organization, it is necessary to minimize the risks that exist. Thise also applies in relation to choice of law and choice of venue. At present, the Danish organizations consist primarily of Danish players. But if you get foreign players, it should be clearly stated that disputes are resolved in accordance with Danish law and in the Danish courts.

In addition, it can rarely pay to choose arbitration.

The above considerations and advice in relation to esports contracts with players will always be able to be graded in relation to age, period, game and level. We at Esportsadvokaten.dk are always available to contribute our knowledge. We can be used as an active sparring partner.

Do not hesitate to contact us – the initial conversation is always free! We are part of Advokatgruppen.

Here you can read more articles relevant to your organization 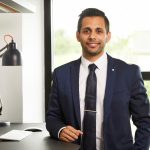